What Happens if You Are Getting a Military Divorce? 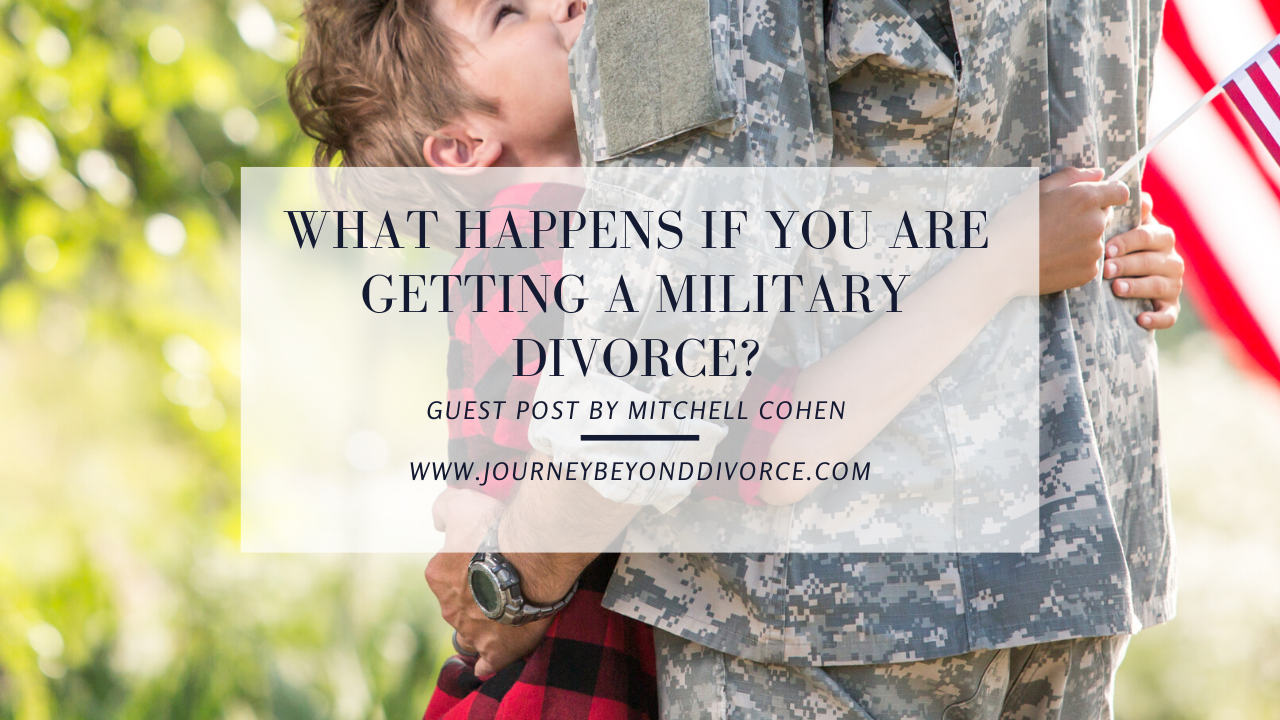 What happens if you are getting a military divorce?

Most of those in the know agree that military marriages are burdened by stresses and strains beyond those of an ordinary marriage. It is understandable, then, that military divorces present extraordinary challenges. If you or your spouse is in the service, you need a strong divorce attorney with in-depth knowledge of military family law as well divorce law generally. Working as a team with an experienced military divorce lawyer is necessary to ensure that you and any children of the marriage are fairly treated.

There are special rules and requirements applicable to military divorces that do not apply in civil divorce proceedings. Essentially, there are two sets of regulations at work in a military divorce -- state laws, which vary from one state to another, and federal military laws.

Though both are clearly defined in terms of priorities, because military regulations are employed less frequently among the general population, you are likely to find them unfamiliar or confusing. Differences between civil and military divorces are evident in matters relating to compliance with support payments, service of process, residency or filing requirements, or the division of military pensions. To clarify -- federal laws may determine which court has jurisdiction or how military pensions are divided, whereas state laws may determine how spousal support (alimony) is awarded.

Because much of the final outcome of your military divorce depends on state law concerning property distribution, child custody, and child support issues, you need a savvy military divorce attorney to assist you in deciding where to file. Also, although all 50 states now permit no-fault divorce, if you are using grounds for divorce, they will differ from state to state.

Military Divorces Can Take Place Outside the Courtroom

As long as the spouses agree on basic issues, which can be negotiated by their divorce attorneys, there is no need for courtroom appearances. The service member can waive his/her right to delay the process if on active duty and simply sign a waiver in front of a notary public that will be filed in court. Service members on active duty, however, may file papers to obtain a “stay” to postpone the proceedings.* [see below]

While civil jurisdiction is generally given to a court in the location the person filing divorce papers lives, many states have either lessened or completely eliminated residency requirements for military divorces, allowing military couples to file for divorce:

The SCRA is designed to allow service members on active duty to devote all their energy to defending the nation, so these individuals can apply for a “stay” to temporarily pause civil actions while on active duty or for 90 days after their release from active duty. Decisions regarding the latter are made at the discretion of the court. Service members at local bases and out of harm’s way who attempt to use this reason to delay a divorce proceeding are rarely successful.

Spousal Support After a Military Divorce

Spousal support (alimony) is not written into divorce agreement as commonly as it once was. Nonetheless, the courts will consider the lifestyle of a military couple, which frequently involves relocation that makes employment difficult, and may be more inclined to award spousal maintenance to a military spouse than to a civilian one.

Child Support and Child Custody After a Military Divorce

Since military service frequently involves prolonged deployments, child support and child custody issues become even more difficult to resolve than they usually are. In most cases, a military spouse will not be able to have regular visitation, which puts the bulk of childcare in the hands of the nonmilitary spouse. Therefore, a military divorce involves uncomfortable accommodations in terms of child support, custody, and visitation for both parents. Without an attorney who knows the ins and outs of military and state law, you may not be able to understand the options open to you, options that will deeply affect the lives of you and your children.

Like civilian retirement benefits, military pensions are subject to division between spouses as marital property in the event of divorce. Even though state courts retain jurisdiction over military divorce cases, enforcement of divorce-related court orders is overseen by the Uniformed Services Former Spouses' Protection Act (USFSPA). Since 1982, when the USFSPA was enacted, military pensions have been treated as marital property that can be divided in a divorce, no matter how short a period the couple has been married.

If the marriage has lasted at least 10 years, and this period overlapped with 10 years of military service, then the nonmember spouse’s share of the pension benefit is paid directly by the Defense Finance and Accounting Service (DFAS).

If a marriage has lasted at least 20 years with a 20 year overlap of marriage and military service, the nonmilitary ex-spouse is entitled to full medical benefits (unless he/she is covered by an employer’s insurance plan) and to commissary benefits as well.

The portion of the military pension the former spouse is entitled to is that acquired during the part of the marriage that the military spouse was in service, beginning with the marriage or the start of military service, whichever comes later, and typically ends with the date of marital separation or divorce.

What happens if the former spouse remarries?

If the nonmilitary spouse remarries, he/she loses all medical and other benefits. Because of the complexities of the laws involved, you will probably require clarification and guidance. In this situation, having a well-prepared trustworthy attorney is invaluable.

What happens if my spouse does not respond at all to the divorce papers?

As with civil cases, under normal conditions, if the military spouse does not respond by the stated deadline, your military divorce attorney can help you seek a default judgement.

Amidst the turmoil of a military divorce, too many spouses mistakenly sign away benefits they deserve or unknowingly give away property that is rightfully theirs. Do yourself a favor and contact a trustworthy military divorce attorney to see you through this difficult period.

Author Bio
Mitchell E. Cohen, a graduate of New York Law School has been practicing law in Arizona since October 1982. Limiting his practice to all aspects of Family Law, Mr. Cohen is licensed to practice in all Arizona Courts as well as the U.S. Court of Appeals and the Supreme Court of the United States. Mitchell Cohen previously owned the Law Office of Mitchell E. Cohen in Tempe, Arizona and has been the lead attorney on over 3,000 family law matters. Mitch Cohen is intimately aware of both the financial and emotional issues associated with divorce, custody and support issues.  His demonstrated ability to represent his clients aggressively yet compassionately has gained him the respect of clients, judges and opposing counsel.