Dads are Getting More Custody Time

There is a revolution occurring regarding custody time for fathers.

While it is unevenly distributed around the country, the courts are awarding dads more custody over their children post-divorce than they have in previous generations.

By 1997, more than 25% of all children in the U.S. under the age of 18 had experienced familial separation or divorce.  This rate has continued to increase over the last 20 years.

With the divorce rates climbing, this is a welcoming change for dads and their children.

Judges are seeing more validity to granting fathers increased custody with their children.

Unfortunately, this is not the case across all of the United States.

What hasn’t increased is the time mothers are awarded custody of their children.  This statistic has been tumbling for decades.

While the majority of parents usually determine custody agreements on their own, there still continues to be a considerable number of couples who can’t agree on custody time. If couples are unable to reach their own agreed terms, then a local judge will make that decision for them.

Judges are seeing increasingly more justification to granting fathers greater parenting time, (although not across all of the USA).

The state fathers live in plays a significant role on the outcome of their custody awards.

A first-of-its-kind study conducted by CustodyXChange finds that what state a dad lives in can heavily influence what kind of custody decision will be made.

In other states, fathers average an award of less than 25% custody.  (Check out the chart below for a state by state breakdown.) 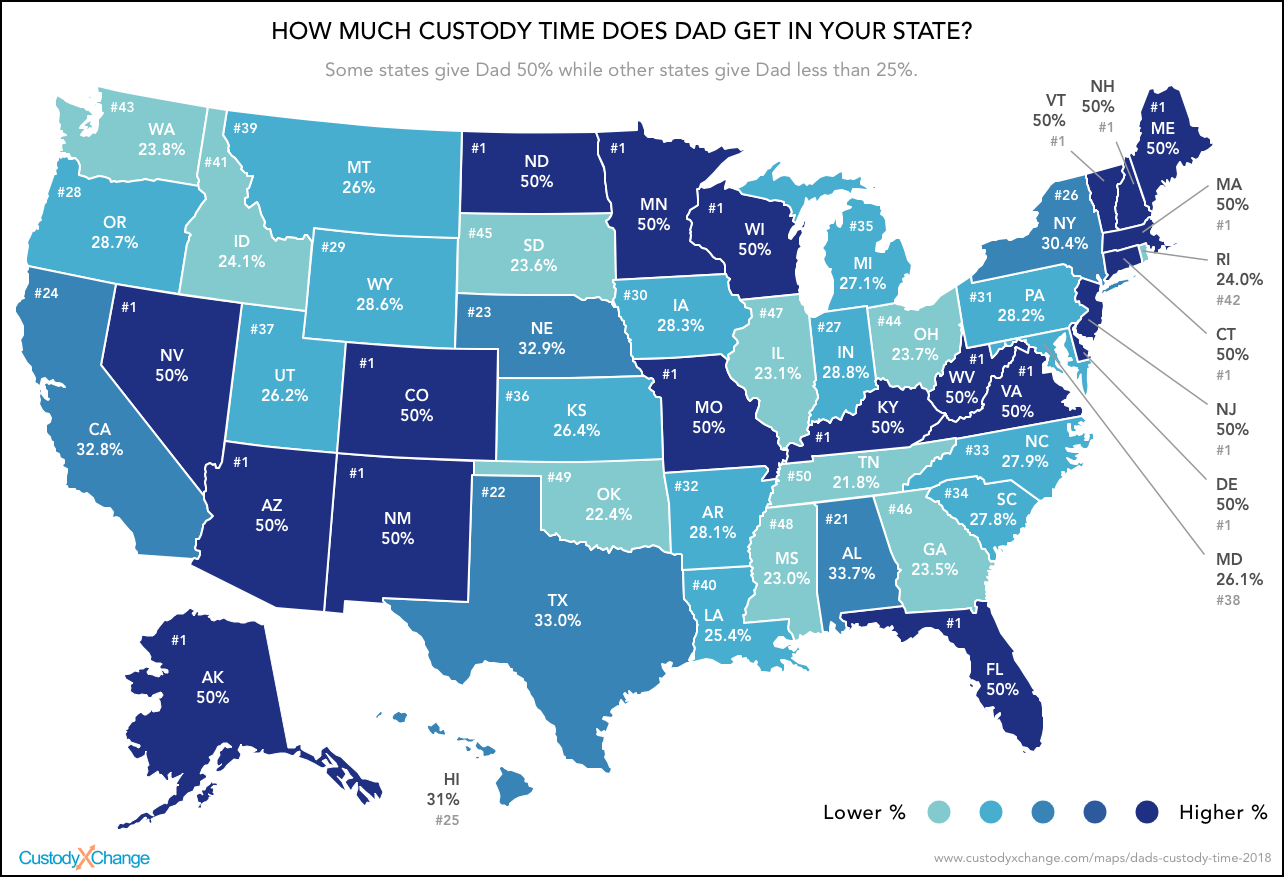 These statistics “represent custody cases in which both parents want custody and there are no extenuating circumstances such as criminal records, big geographical distances between the parents, or a history of substance, physical, or psychological abuse.”

Are Politics involved with Custody Time?

An argument could be made that politics could have a subtle influence in deciding custody time for dads. 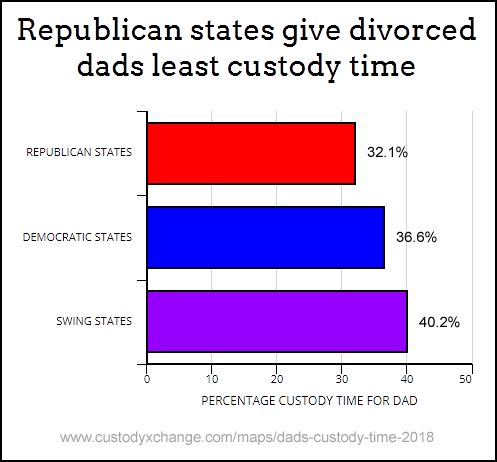 Interestingly, fathers living in political swing or purple states are awarded, on average, the most parenting time with their children.  Solidly red states give divorced dads the least custodial time.

Overall the trend is for fathers to be more respected as vital participants in their children’s lives.

More dads are advocating and litigating when necessary to be equal partners in parenting their kids. This shift is demanding changes in how our society thinks.

If this research is accurate, then this is definitely a healthy trend for both children and our society.

Worried that You’re Not Getting the Custody You Deserve?

If you need to maximize your custody and parenting time award, while minimizing your legal expenses, contact one of our coaches for a free coaching session at Journey Beyond Divorce or call us at 973-610-7031.

Our Online Support Community and Coaches support you through divorce and help you emerge from divorce strong, clear, and focused. 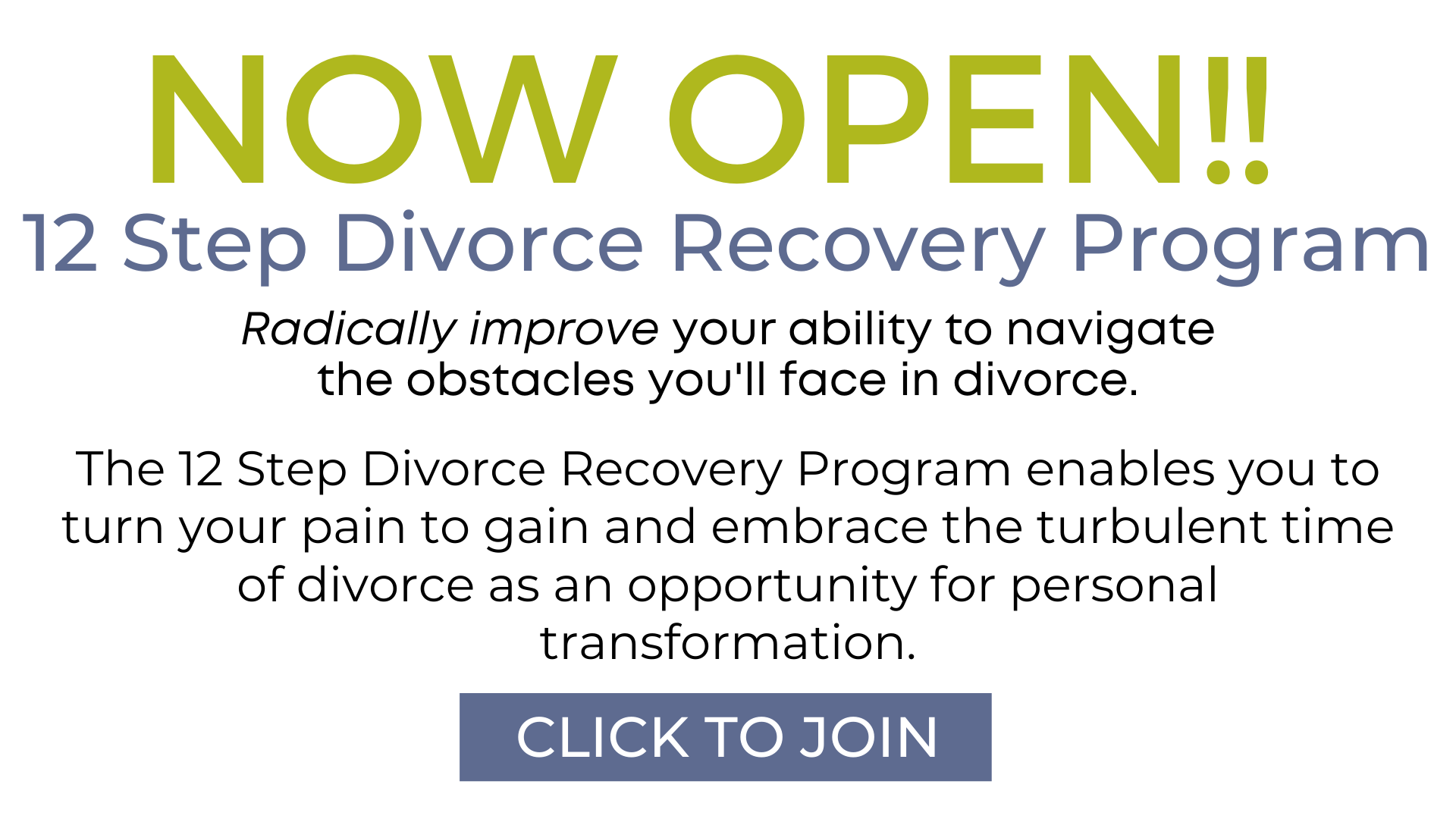 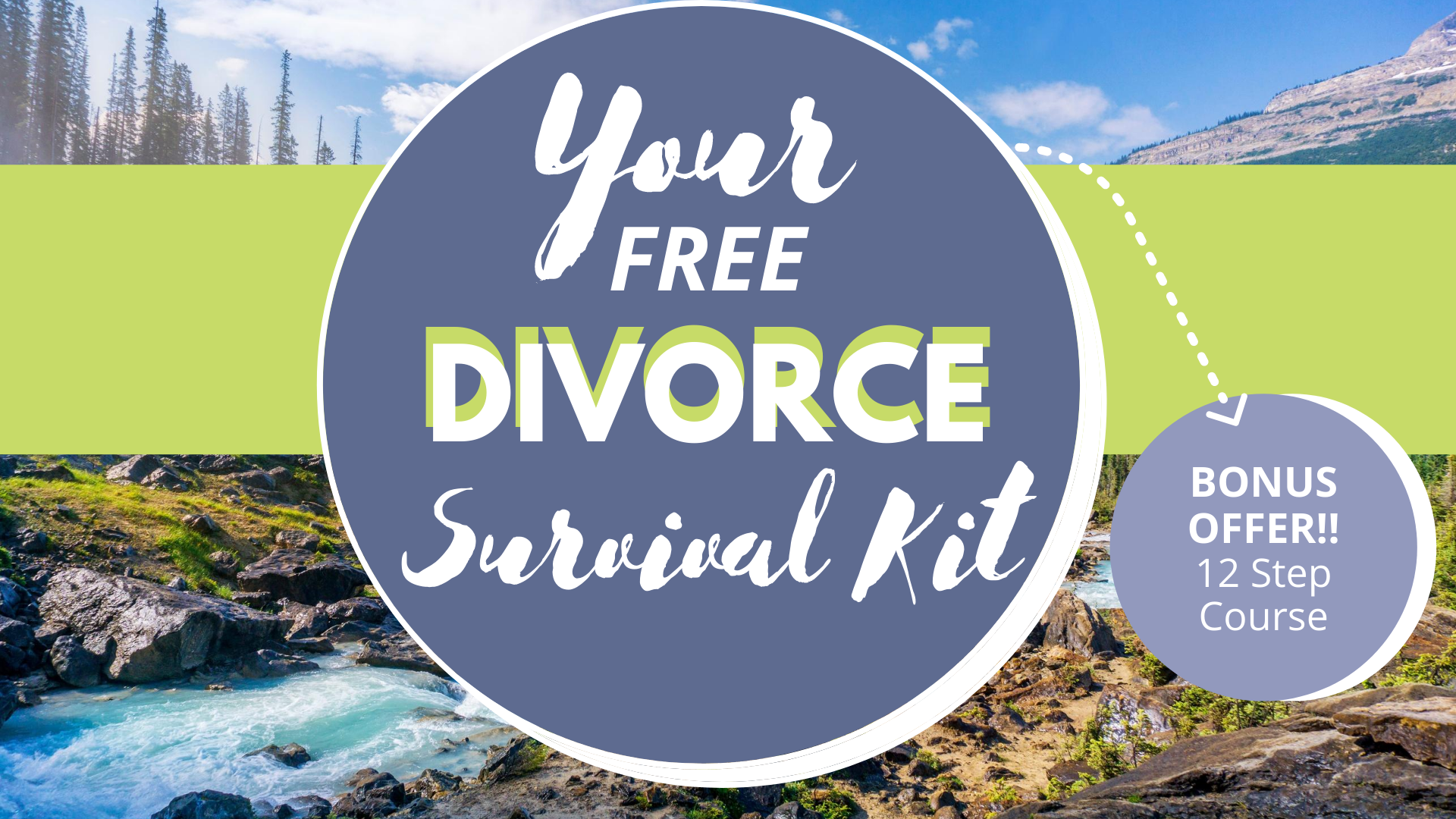