The Emotional Bomb of Divorce 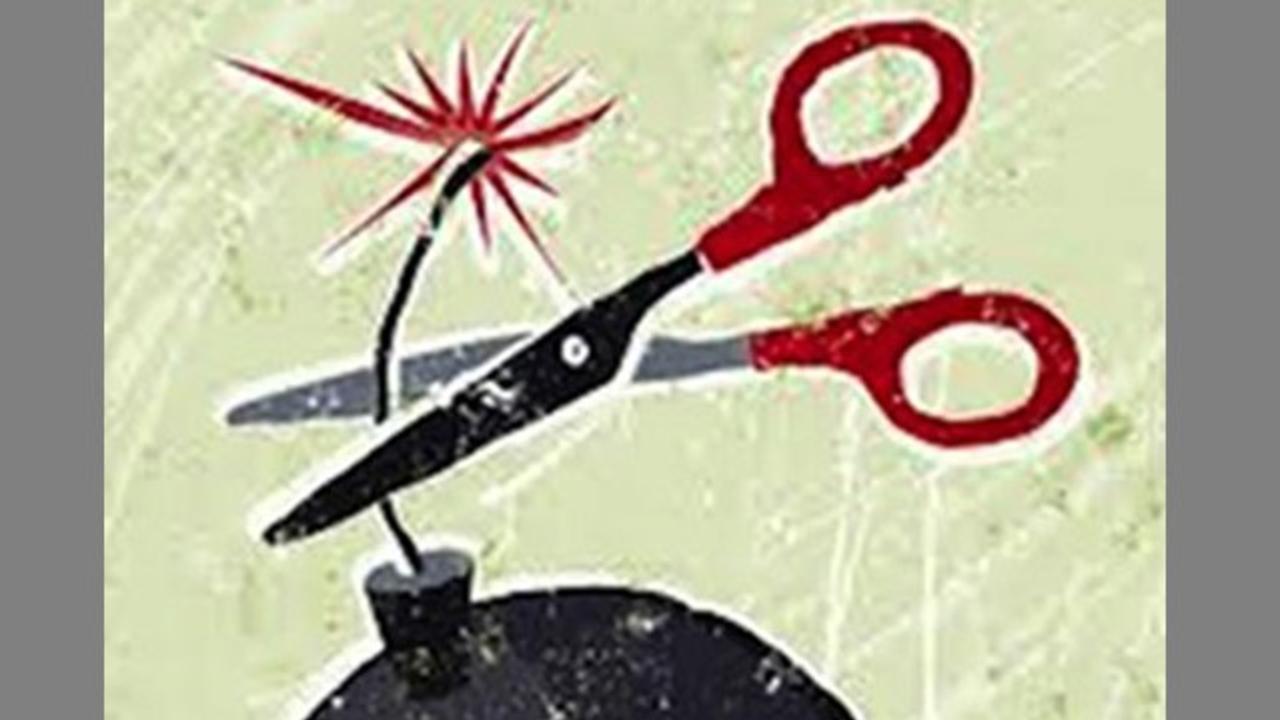 The accumulation of pain, and the emotions of anger, fear, and self-doubt so often involved in the divorce process is totally understandable and appropriate to feel. Unless processed effectively, this emotional accumulation can be dangerous to your health and well-being as well as those around you and interfere with your ability to move on. It can explode during simple conversations, legal negotiations with your soon to be ex, custody court hearings, and at innocent bystanders.

These emotions are real and can do real damage when they explode at inappropriate times and in inappropriate locations. Inappropriate as defined as the opposite of encouraging resolution or healing to take place and the continuing the cycle of suffering.

There is a way to begin to diffuse this emotional bomb and eliminate collateral damage. It entails giving up judgment. Specifically, it entails letting go of judging yourself and others.

The word judgment refers to the act of assessing a person, situation, or event. When we judge we form an opinion, either positive or negative, about someone or something. They'll sound familiar; My ex is worthless. She/he is a bitch/ bastard. The driver that cut me off is a jerk. This salesperson is an idiot. My kids are selfish. My in-laws are bossy.

In our society forming judgments is so common one can think of it as a national sport. We are inundated with judgments by virtually everyone around us. We even get annoyed with people who won't agree with our judgments! Perhaps speed judgment can be included as an event in the next summer Olympics! Only being judgmental is neither funny nor healthy. Being judgmental creates dis-ease.

While forming judgments may give a temporary sense of control in a situation that feels out of control, judging amplifies negative emotions. It does this by adding a secondary emotion on top of a painful primary emotion. The secondary emotion obscures the primary emotion, much like a scab that forms over a cut that hasn't been cleaned out. The skin closes yet the infection smoldering below begins to go deeper, doing more serious systemic damage.

There is a saying, “the only way out is through”. This saying addresses emotional well-being accurately. The only way out of the pain of divorce is through feeling and releasing the primary emotions of anger, sadness and fear. Ultimately, at the deepest level the anger is at yourself, at the inadequacy of being able to make the vision of the life you dreamed of a reality with your current set of tools and capabilities, and having to start again, which brings you to the deeper levels of sadness and fear.

Secondary emotions arising from judgment, which provide a temporary illusion of power in a situation, actually serve to paralyze you in the situation and prevent you from moving on. They light the fuse of your emotional bomb.

By allowing yourself to feel and move through the primary emotions of anger, sadness, and fear you can you disassemble the emotional bomb completely, and eliminate further pain and damage to yourself, your spouse, and your children.

Painful emotions, as overwhelming as they can feel to experience, play an important role in our lives and are vital as resources through which we can achieve clarity and move on. They provide the following:

Information, much like a sixth sense, adding to touch, taste, hearing, sight, and smell. Emotions provide you with awareness that something is happening either in your mind or in the world that is asking for your attention and the clarity to determine what it is.

Prompts to consider action. Emotions prompt you to begin thinking about what action/s you can take to ameliorate or continue the situation in which the emotion arises.

Emotions provide information and clarity that let you assess what’s happening and discover ways to transform it from an unhealthy to a healthy situation. Finally, emotions also give you information about others and prompt you to discover how to communicate effectively in the pursuit of a desired outcome. It is how you choose to respond to your painful emotions that determines if they are destructive or constructive, not the emotions themselves.

A client recently shared that she used to get angry at her husband when he expected her to be ready to have sex with him after finishing with the daily chores of home, work, and parenting five children at 11:30 PM. He'd be relaxing at the computer after dinner and couldn’t understand why she wasn’t interested in him when she finally made it to bed. She began to see her anger as a red flag that her needs weren’t being met either and wrote up suggestions for how he could help to create an environment conducive to lovemaking. She got clear that it's his responsibility to begin to help create the space for sex if he wanted more of it. Until then, she's exhausted by the end of the day and will continue to give herself the downtime she needs to stay healthy and whole and meet her commitments to their home, their finances, and their children day in and day out, all which are important to him as well! She is happily willing to enjoy sex and was able to affirm this clearly, communicating the part he could play to make it possible. Her anger dissipated and was replaced by clarity and effective communication.

There are ways to untangle your emotions to use them effectively as a tool rather than a weapon of destruction. There are myths about emotions that can be illuminated and dispelled. There are skills that you can learn to quiet your emotions such as:

Uncovering and discarding unproductive messages about feeling and managing emotions.

Validating your emotions (and yourself) so they can pass through you

Quieting emotions is defusing the bomb an emotional back-up can detonate. A quiet emotional mind can then be combined with a logical mind to become a wise mind leading to inner peace and streamlined and effective actions.

If you want to defuse your emotional bomb keep reading our blogs, check our resources page, sign up for our four week coaching programs, and if possible start coaching privately as soon as possible! Learn how your emotions can be a key to calm.