How I Left My High Conflict Marriage 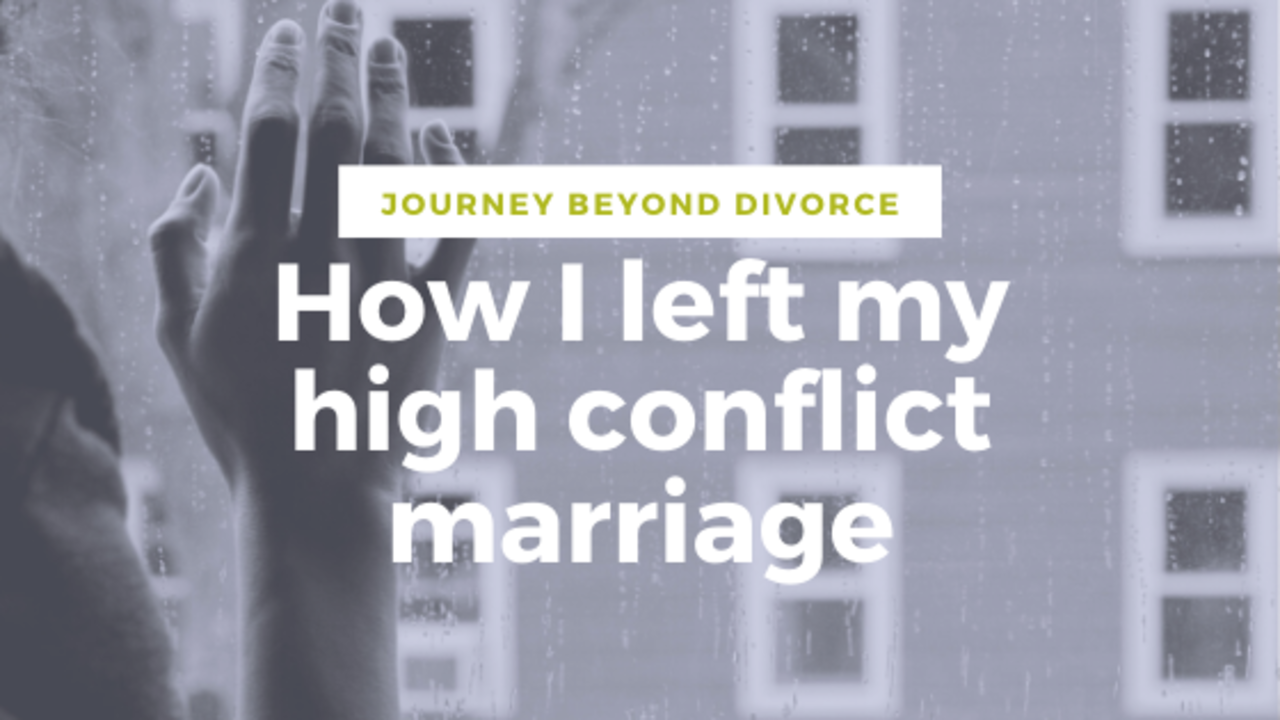 When I met my husband, I felt like the luckiest woman.  He was smart, charismatic, kind, generous and handsome. We were both in our 30’s and wanted to start a family so in a short 4 years we were engaged, married, bought a house and got pregnant.  Life appeared to be perfect. After our second child however, things rapidly unraveled.

Money was always an issue, spending more than we had, having different values around financial security. Time was also an issue as we both worked and had two kids in diapers and argued over household chores.  Yet, these issues are normal challenges faced by most young marriages, they are part of learning about each other, supporting, compromising and maturing together. But our marriage was different.

My husband was sweetness followed by anger...nasty anger, and then kindness again. It was confusing and unsettling. Life had also become very black and white. He was right and I was wrong. He was smart, painfully tenacious and always certain that his perspective was 1000% correct. I began to doubt myself, to shut up and shut down until I was a shell of my former self. I was called bi*ch and c*nt and other horrible words...often.  When we disagreed, he would threaten divorce, my worst nightmare as I’m a child of divorce and desperately wanted a whole and healthy family for my children.

Was there a sudden change in his behavior?  Were there any red flags? Yes there were so many signs that it was like the grand finale of a fireworks display. I just didn’t want to see them, I had kept my rose colored glasses on and explained them away.

How you do something is how you do everything.

I had seen how disrespectful he treated his loved ones when they disagreed with him.

I had seen the facade of his finances and the disaster they were early on in our relationship.

I saw how he manipulated the truth with friends, family and clients to defend his narrative.

I saw his explosive temper and I watched him abruptly cut close friends out of his life.

I saw his self righteousness in every circumstance.

So why was I surprised when he behaved similarly with me, and years later, with our children?  I was living in denial and resistance.

Then there was my part in our unhealthy dance.  Raised in an alcoholic home with a rage-a-holic mom, I suffered from a self-love deficiency called "codependence”.  I was blueprinted to find a person to give all of myself to, to put his needs before mine, his beliefs over mine.

I no longer knew what I thought or felt, as my primary concern had become preparing for what he thought and felt.  Our child would get hurt and my first thought was how angry he might get and what I could say or do to minimize his reaction. I desperately tried to keep the peace. But you cannot keep what doesn’t exist.  There was no peace in my heart or our life.

I didn’t know it at the time, but I had become very controlling.  I tried to anticipate his powerful reactions and figure out how I could behave to minimize his explosions.  I tried to get him to be more financially frugal, to participate more in the day to day chores of keeping a house and raising a family. I begged for more date nights and time away from the kids to reconnect. I negotiated, debated and argued until I was blue in the face.

Over time I became angry, bitter and ugly. I woke up one day, looked in the mirror and hated the woman I had become. I needed to do something different.  He agreed to see a few marriage counselors, but he wasn’t able to hear my heart and concerns. Our session became another platform for him to explain and defend himself and criticize me. I barely got a word in during many sessions.  Meeting alone with each counselor toward the end, I was told there was no changing him, no hope of reconciling with someone who couldn’t see his part in the brokenness.

I knew I had to escape my shattered marriage, but I was scared to death! The only thing scarier than leaving was staying and so began my journey...

I began to create a support system and to take one baby step at a time.  With each little step, I was certain the result would be catastrophic because he said so.  I pushed through my discomfort, researched attorneys, declared I was separating bank accounts and getting my own car insurance, and ultimately that I wanted a divorce and was hiring an attorney.

When I first got the courage to say I wanted a divorce, he was shocked and devastated. It was one of the hardest conversations I had to have. And it got worse.  Each time I brought up the the “D” word, it was like shock and anguish all over again...throughout dozens of conversations for over a year

At some point, I accepted that this was his way and I had no control over his behavior.

He would say, “you changed, not me!” He was right. I had changed.  By the time our 2nd child was 2 years old, I went into therapy, broken and discouraged.  While I was a shell of myself I was determined to look at what was real about my marriage and my part in our painfully unhealthy marital dynamic.  It took me another 2 years to find myself, regain my clarity and confidence and gather up the courage to file.

Every step of the journey was hard, really hard.  My divorce lasted 3 ½ years. Honestly, it often felt like a living hell.  My daily prayer and mantra was “This To Shall Pass”.  And it did.

I am 14 years post divorce and as I write my story it truly is a faded memory.  There is incredible life after the prison of an unhealthy marriage that has been filled with neglect and abuse.  Leaving is difficult. Staying is disastrous. You and your children deserve a better life.

If you are entering or in the midst of a high conflict divorce, get the support you need.  Listen to our High Conflict Divorce podcast series.

If you are ready for emotional, practical strategic support around your unique circumstances, Book a Free Rapid Relief Call where you are guaranteed to emerge with more clarity and confidence and an action plan for effectively moving forward. 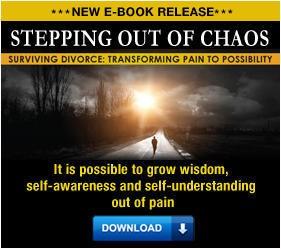 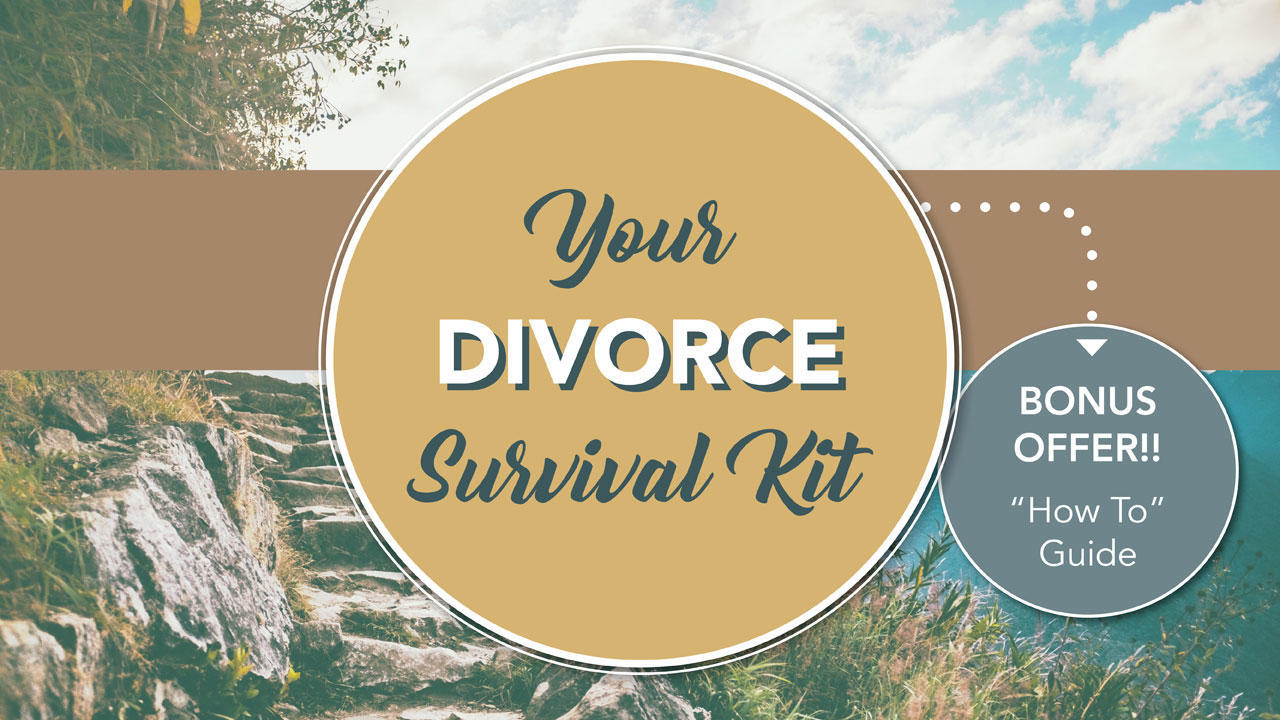